The Panthers put their head coaching search on hold after the death of Charlotte FC player Anton Walkes on Thursday in a boating accident Wednesday in Miami.

Panthers owner David Tepper, who also owns the Charlotte FC, his wife and other members of the search committee returned to Charlotte from New York, where they were scheduled to interview former Saints coach Sean Payton on Friday. Tepper joined Charlotte FC players at Bank of America Stadium on Thursday evening at a vigil for Walkes, who was 25.

A Panthers spokesman declined to comment Friday when asked about the reshuffled interview schedule.

While there’s some uncertainty surrounding the search in the wake of this week’s tragedy, The Athletic examines what’s next and how things could play out.

Sean Payton trade offers: What will it take for Broncos, Panthers, Texans to make him their coach?

Where do things stand with Payton?

Payton interviewed with the Broncos on Wednesday, and most in league circles believe Denver has the inside track on a coach who won a Super Bowl in New Orleans and went to the playoffs nine times in 15 years.

Wilson had a rough first season in Denver after the Broncos traded a bunch of draft picks and spent a ton of money on him. Wilson completed a career-low 60.5 percent of his passes while throwing only 16 touchdowns, another personal low. How Payton views the 34-year-old quarterback might be the biggest factor in his decision.

“Denver’s locker room seems a bit fractured. So do I want to try to fix a fractured house or would I rather just build one with my own foundation and start it fresh?” Harper said in a phone interview this week. “Russell’s much older. Or you can go with a young guy that you actually like.”

What would it take to land Payton?

Payton is reportedly looking for a salary in the $20 million to $25 million range, according to NOLA.com. That would make the 59-year-old Payton one of the top-paid coaches in the league — and maybe the top paid.

Tepper is among the 100 richest people in the world, with a net worth of $18.5 billion, according to Forbes. But even for a hedge fund manager with Tepper’s wealth, paying a coach $100 million over four or five years will put a dent in his billions.

It doesn’t hurt that Payton could have the NFL’s two richest ownership groups — the Broncos and Panthers — bidding for him.

But money is just part of the equation with Payton, who remains under contract with the Saints through the 2024 season. Whichever team trades for Payton — he’s already met with Denver and Houston — will have to put together an acceptable offer, which likely falls somewhere between Payton’s contention that a mid-to-late-round first will get it done and Saints GM Mickey Loomis’ reported expectation to collect two firsts for his Super Bowl-winning coach.

Panthers chief administrative officer Nicole Tepper has completed her mandatory inclusive hiring training and the team is now in compliance with NFL policy, per a source.

After unloading Christian McCaffrey to San Francisco, the Panthers have the picks to get a Payton trade done. But if they send this year’s first (the ninth overall selection) to New Orleans, they’ll be shopping on the used side of the quarterback lot rather than drafting one in the top 10.

That might be OK if Payton identifies a veteran who he’s confident would be a good fit in his system. But expecting Derek Carr to become Drew Brees under Payton is probably a tad optimistic. Payton’s plan at quarterback is among the main topics he’ll discuss with the Panthers when they finally sit down.

What can the Panthers offer?

At the beginning of the search, two front office members with other teams ranked the five vacancies for The Athletic. Both had Carolina ranked first, in part because of the weak NFC South. Tampa Bay won the division with a losing record, then was smoked by Dallas in what might have been Tom Brady’s final game with the Bucs.

The Saints need a quarterback, and the Falcons are trying to figure out what they have in second-year QB Desmond Ridder. There’s an opportunity for Payton or whomever the Panthers hire to take control of the division if they get the quarterback right.

The Panthers cannot boast of a complete roster. They need another edge rusher, an explosive receiver to complement DJ Moore, a pass-catching tight end and a safety who can make plays on the ball. But general manager Scott Fitterer fixed the offensive line last year, which should matter to an offensive coach like Payton.

Payton’s personality would suggest he’d relish the chance to stick it to the Saints twice a year. But maybe getting a fresh start with an AFC team is more appealing.

Cowherd cautioned Payton, who presumably has future broadcast aspirations, about going to a smaller market like Charlotte and disappearing. But Greg Olsen and Steve Smith have done pretty well for themselves in that field.

Payton will want a big say in roster decisions, especially on the offensive side, and almost certainly will want to bring in his own GM and personnel. On the day he fired Matt Rhule, Tepper indicated he’d be reluctant to give another coach as much control as Rhule had. But he would have to with Payton.

Former Saints offensive lineman Jon Stinchcomb said Payton had the ability in New Orleans “to build and create — not just a roster, but a culture and identity in the organization that allowed his ways, his system, his vision to excel.”

“I’m sure that’s a big part of what he’s evaluating,” added Stinchcomb, who’s part of the Saints’ preseason broadcast team. “Will he have the freedom to create an organization the way he thinks it should be?” 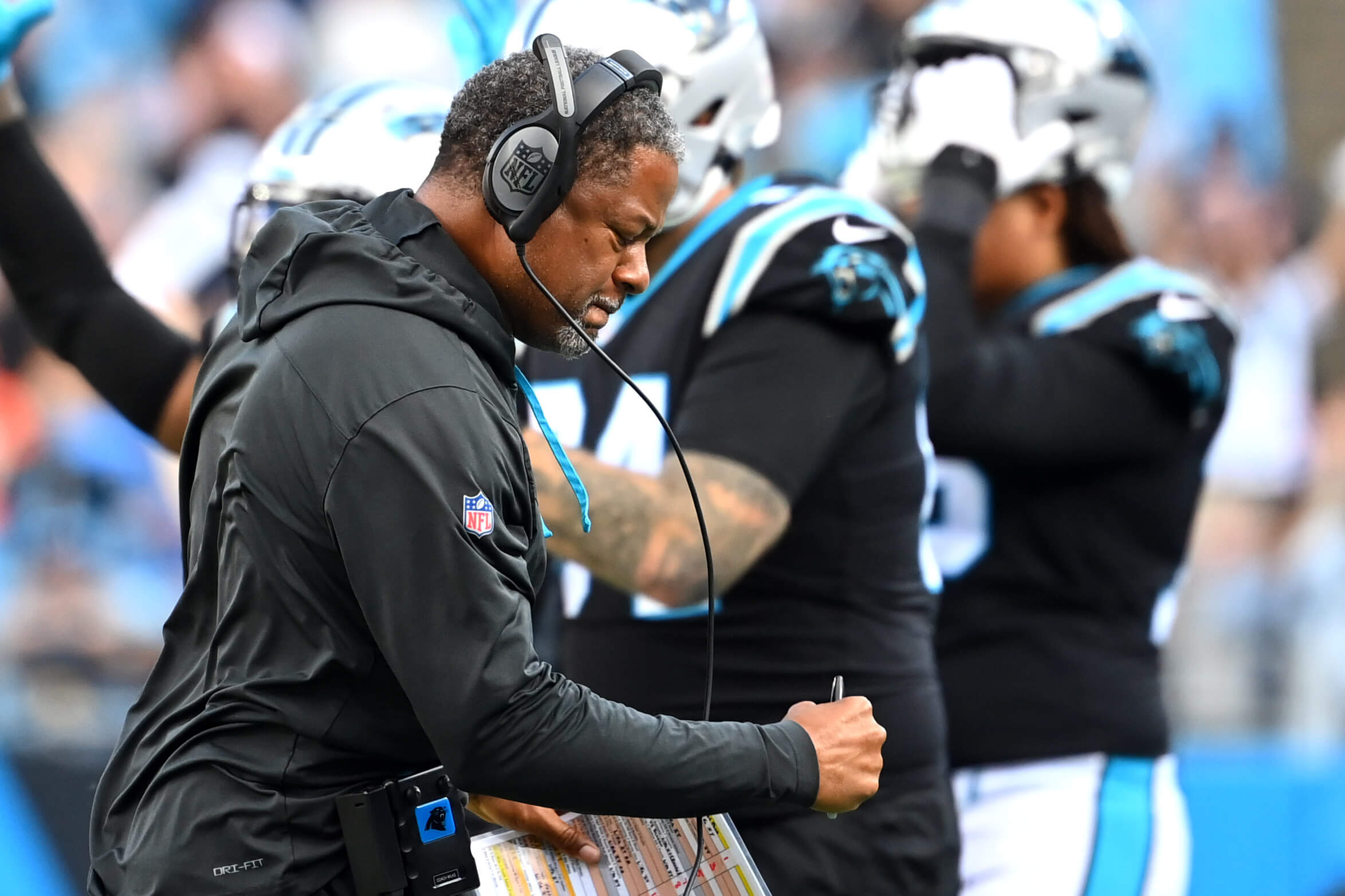 It’s been more than a week since interim coach Steve Wilks sat down with Tepper, who is said to have been impressed with the job Wilks did after taking over for Rhule. Despite trading McCaffrey, unloading problem receiver Robbie Anderson and starting three quarterbacks, the Panthers went 6-6 under Wilks and probably make the playoffs if Jaycee Horn doesn’t break his wrist in Week 16 and is matched up against Mike Evans the next week in Tampa.

Was it enough to meet Tepper’s “incredible job” threshold? Maybe. Wilks still has a shot, and his chances seemingly increased when Detroit offensive coordinator Ben Johnson — believed to be Tepper’s choice, according to league sources — withdrew from consideration to stay with the Lions.

Current and former players have endorsed Wilks, including Olsen this week during a Q&A with The Athletic. Add Harper to the list, as well.

“I think Wilks should get the job, personally. My only deal is I don’t know what Tepper’s gonna do, nor does anybody else. I think that’s the biggest thing is he’s gonna do whatever the hell he wants to do,” said Harper, whose position coach with Carolina was Wilks.

“The players want Wilks. Wilks wants the job. It’s a great story,” Harper added. “To me, it’s a layup. Or you can go for the step-back 3-pointer and we’ll see what we get. But it’s gotta be a high-end coach or it’s gotta be Wilks. If you go for just some hot coordinator, I think you’re gonna lose the fans again, which (Tepper) has already lost.”

Harper believes what Wilks accomplished under difficult circumstances during his three-month audition should be enough to convince Tepper.

“He won when they couldn’t win. They literally couldn’t win,” he said. “Then they traded away the best player. They threw the quarterback (Sam Darnold) in the trash, then brought him back out and recycled him. And they won games … with half a staff.” 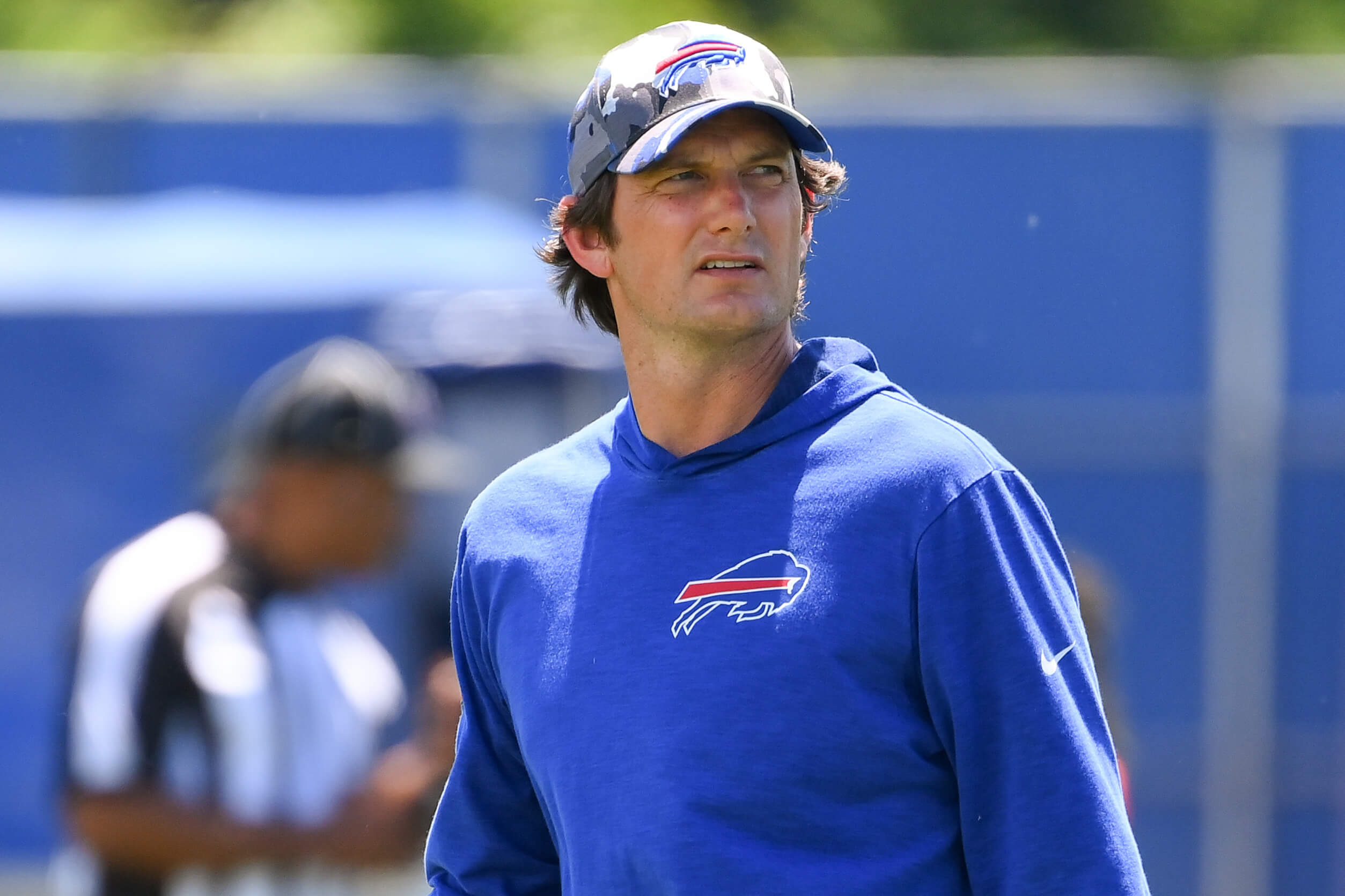 When will the search wrap?

Before Tepper hit pause, it seemed reasonable to think he might have a head coach by the end of next week. Now, it’s hard to even guess a timeline.

The search could stretch out even longer if Tepper fixates on one of the offensive coordinators whose team makes a deep playoff run. Under NFL rules, candidates on teams that win in this weekend’s divisional round cannot interview again until Jan. 30.

As he did when interviewing 15 candidates for the GM post, it appears Tepper is trying to be thorough and deliberate. He’s cognizant he can’t whiff on this hire, after his swing-and-a-miss with Rhule.