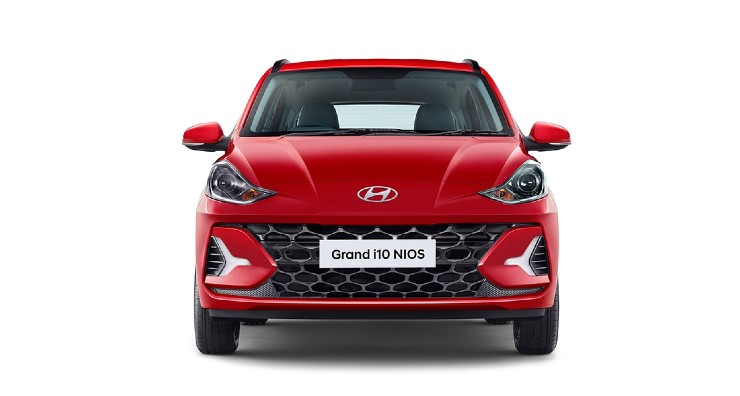 The new Grand i10 NIOS gets a plethora of changes that make the car look fresh. Starting with the front end, the new Grand i10 NIOS gets projector headlamps. The shape of the headlamps remains the same. However, Hyundai has tweaked the bumper and has changed the location of the LED DRLs. The DRLs are now integrated into the bumper of the vehicle and get the tri-arrow design. Also, the radiator grille gets a bold new design. Also, the size of the front grille is now much larger than before.

The top-end variant gets newly designed alloy wheels. The design of the 15-inch alloy wheels does look quite interesting and the dual-tone shade makes the vehicle look quite attractive too. 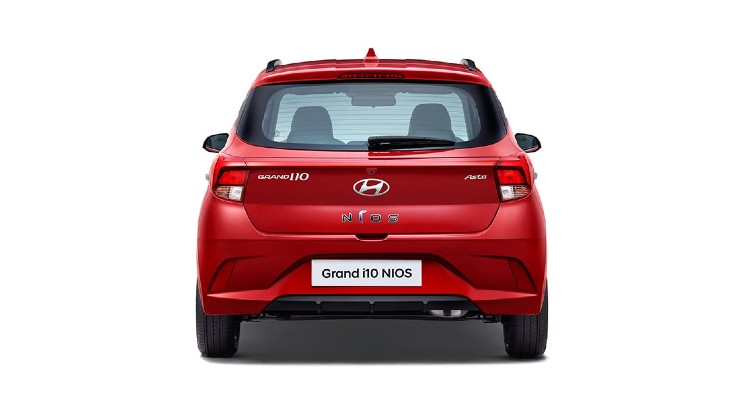 The rear of the all-new Grand 10 gets most of the updates. The rear gets new LED tail lamps with an LED bar connecting the lamps. The rear looks completely new and much more futuristic. Even the tail lamps get the tri-arrow design. The cabin of the new Grand i10 NIOS gets a host of updates too. The changes include a new grey upholstery for the seats. The cabin is dual-tone and looks quite premium. The steering wheel is leather wrapped and there is ambient lighting that lights up the footwell very well. Hyundai has also added premium touches by adding metal finishes on the inside of the door handles.

The 8.0-inch infotainment screen is carried forward. It gets Android Auto and Apple CarPlay connectivity. The top-end variant of the Grand i10 NIOS also offers an automatic climate control system and a wireless charging pad that will allow supported device charging. 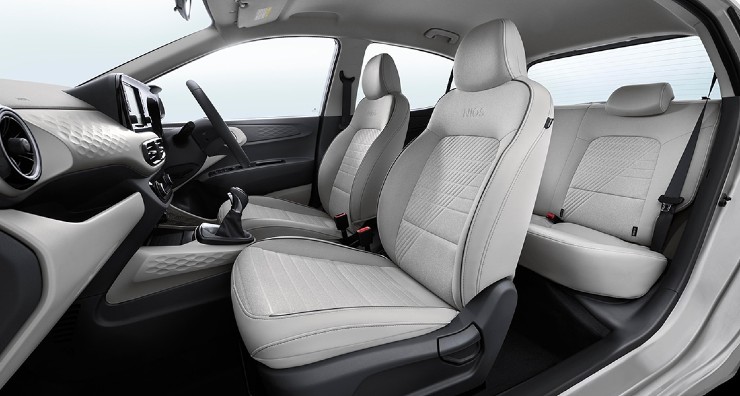 The new Grand i10 will remain powered by the same 1.2-litre petrol engine. It generates a maximum power of 82 Bhp of maximum power and a peak torque of 114 Nm. Hyundai will also offer a CNG version of the Grand i10 NIOS. With the CNG, the same engine produces a maximum power of 68 Bhp and a peak torque of 95 Nm. Hyundai will have an AMT automatic transmission with the updated model. All the variants will come with a five-speed manual transmission as standard. The AMT model will be equipped with a hill-start assist as standard. The manual transmission offers a maximum fuel efficiency of 20.7 km/l while with AMT, it returns a maximum of 20.1 km/l.

The Grand i10 remains one of the highest-selling vehicles from Hyundai and is expected to remain a major contributor to the overall sales of Hyundai India.