Toyota unveiled the new version of their extremely popular SUV Land Cruiser internationally last year. There were several reports that suggested that Toyota will be bringing this SUV to India, and sure they did. The current generation Land Cruiser SUV was showcased at the Auto Expo in India this year and not only did they unveil it, they officially announced the prices as well. The bookings for this flagship SUV were already open in India and the deliveries for the same have also started. The first delivery of India’s most expensive Toyota was recently done and the SUV was delivered to a customer from Kolhapur, Maharashtra.

The new generation Toyota Land Cruiser SUV was officially launched at the Auto Expo this year however, the booking for the same had started some time ago. Madhuban Toyota, which is an authorised Toyota dealer in Maharashtra shared the pictures of the customer taking delivery of his brand new Land Cruiser LC 300. The name of the customer who bought the SUV is Pratik Jadhav and he along with his family came to take the delivery. Toyota Land Cruiser is priced at Rs As this is the first Land Cruiser LC 300 SUV in India, the dealership had made special arrangements for the customer. The SUV is available in five colour options. There is Precious White Pearl, Super White, Dark Red Mica Metallic, Attitude Black and Dark Blue Mica as colour options. The customer took delivery of his SUV in Precious White Pearl shade. We are not surprised as white is one of the most popular colour among car buyers in India. 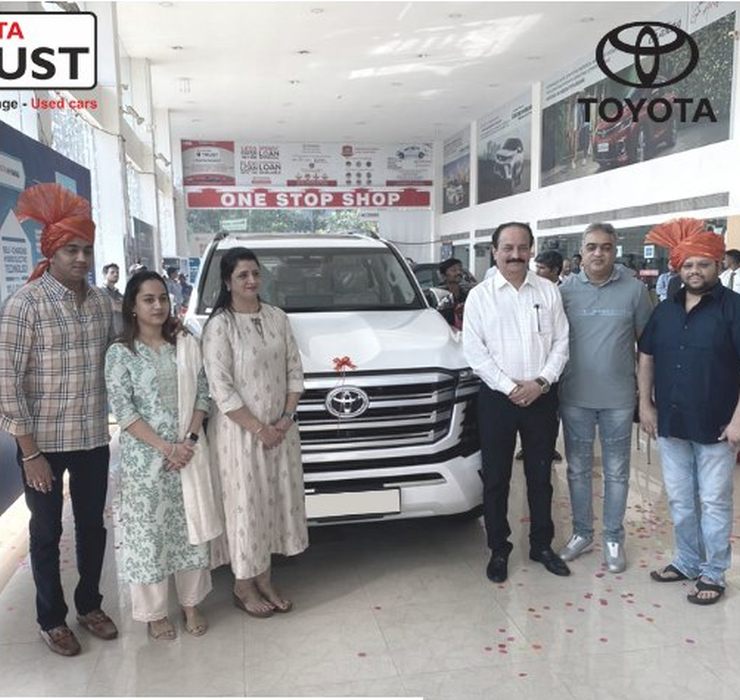 Toyota Land Cruiser LC300 is the flagship SUV from the manufacturer and the car comes with several premium features. The SUV offers all-LED headlamps, 12.3 inch touchscreen infotainment system, leather upholstery, 14 speaker JBL audio system and so on. As we already know, Land Cruiser is a capable off-roader and we have seen several videos of the same online. Toyota Land Cruiser is based on GA-F platform which is based on TNGA. Just like the previous versions, the Land Cruiser comes with 4×4 as a standard feature. The weight distribution on the SUV has been improved and the suspension technology is also different. The Kinetic Dynamic Suspension system on the Land Cruiser also means the off-road capabilities of the SUV of the Land Cruiser have been improved drastically. 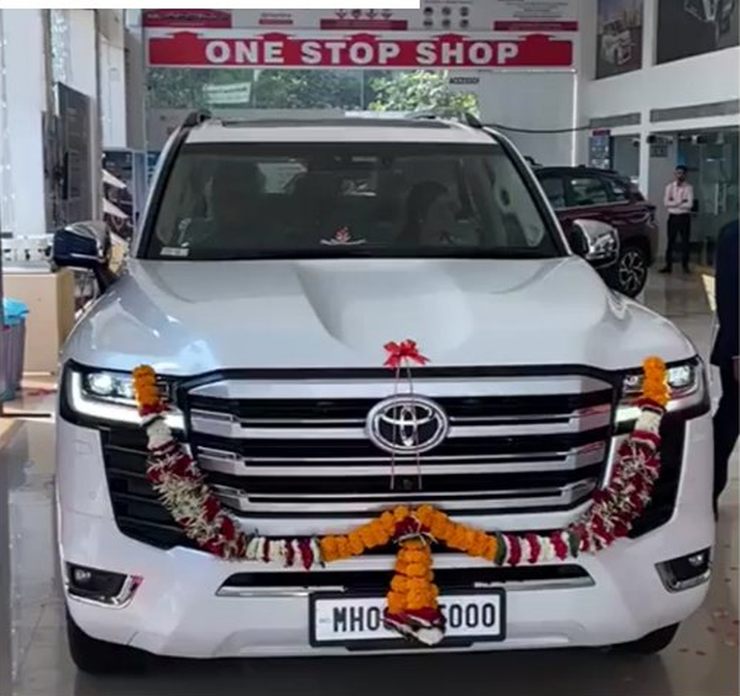